Is it a Suillus?

If you look at the stipe with a lens you will observe small dots which are glands. If your fungus has a viscid cap, pores, glands on the stipe and it is growing under a Pine tree, then it is a Suillus. Five species have been recorded in Queensland: S. bovinus, S. corthunatus, S. granulatus, S. luteus and S. salmonicolor. But S. bovinus is doubtful and has only been recorded once and S. corthunatus is thought to be an earlier name for S. salmonicolor.

Notes on Using this Key
This key requires you to determine the following characters for your specimen: 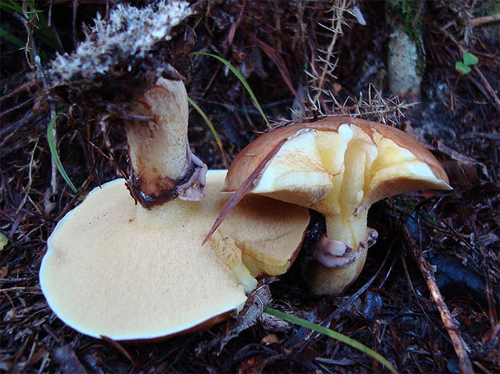 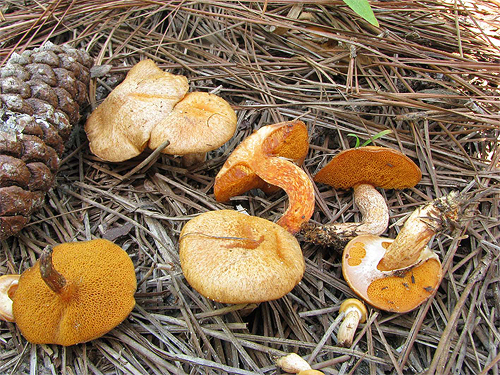